PHIL FRANCE, resident DJ at The Ritzy in Nottingham, celebrated the Mecca venue’s second anniversary by once again honouring some of the previous year’s most important contributors to dance music. Last year it was Stock Aitken Waterman who were honoured, Pete Waterman and Matt Aitken turning up with Rick Astley, Sinitta and Mandy Smith, all of whom put on crowd pleasing performances, as you might imagine. 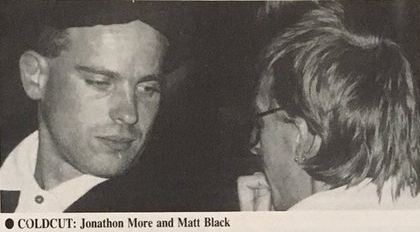 This year, for excellent musical reasons, Phil chose to honour Coldcut along with the Ahead Of Our Time and Big Life labels. Unfortunately, these fledgling labels do not so far have much of an artist roster, and, as Yazz (whose appearance would obviously have been greatly appreciated by the Nottingham crowd) was tied up in the studio that night recording her album, it was just Coldcut’s Jonathon More and Matt Black who appeared fleetingly to collect their award. Installed only hours before, a 25 screen video wall was able to show their singles, but this was a poor substitute for live performances.

Luckily Westside Records artiste John Paul Barrett was on hand for a vigorous personal appearance. Sabrina had been expected, but (as the tabloid press had already announced) was laid up ill, while Germany’s chart-topping Milli Vanilli had come along for the bus ride incognito, without their stage wear, and refused to go on. So, a bit of a damp squib in comparison with last year’s glitzy affair, the night turned into a regular disco session despite the resplendent presence of both the Mayor and Sheriff Of Nottingham, plus all the Mecca bigwigs. It’s bad luck Phil didn’t manage to get Yazz, at least.

NETWORK PRESS, Germany’s fortnightly DJ magazine (in which I write a column), celebrated its 50th issue last Monday with a party in Hamburg at a dub called Base. I wasn’t thinking of going to it until I discovered just the night before that Les Adams and Emma Freilich of LA Mix were doing a mixing set there, so we flew over together —and discovered on the same plane Simon Harris, Steven Danté, Baby Ford, and Colin Faver! As you can imagine the British contingent had a fine old time, joining up also with Simon’s Music Of Life label partner Chris France, and BCM Records owner Brian Carter, while Jellybean was also hangin’ out. For further titbits, see Beats & Pieces. 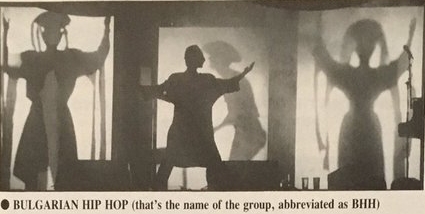 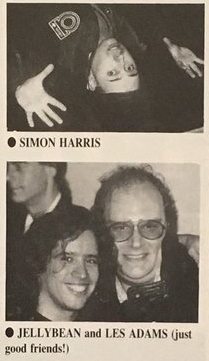 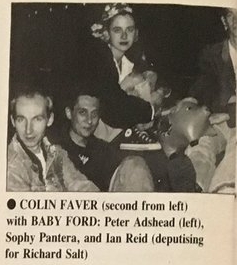 BRIAN CARTER – the Germany based Englishman whose two years old BCM Records pioneered the Compact Disc release of “house” and other dance music styles, before securing a German number one and European smash with B.V.S.M.P.

THOMPSON TWINS ‘In The Name Of Love ’88 (Railroad Mix)’ (Arista 611 808)
Shep Pettibone’s spurtingly smacking and funkily rolling 116¼-0bpm remix of this early Thompsons track borrows its pulsing bassline from Ten City’s ‘Right Back To You’ and has surprised everyone (Arista included) by being snapped up by house jocks the instant it appeared on import (only the Railroad Dub flips it here). A national smash!

kc FLIGHTT ‘She’s Sexxxy’ (US RCA 8730-1-RD)
With a tempo that’ll help it in house venues too, this jazz-funkily bounding drawlingly conversational rap, about foxy fine ladies and the fun you can get into with them, is in kc’s own 122½-0bpm mix and Blaze’s more dubwise 121½-0bpm Rated X Mix, flipped by the Blaze co-produced similar bounding (0-)123½bpm ‘Dancin’ Machine‘ and the more messily wriggling urgent 0-122½bpm ‘Let’s Get Jazzy‘.

THE MACK featuring TIM BRYANT ‘Escape’ (US Quark QK011)
With no Blaze connection (so they must have left the label), this Will Downing-ish attractively moaned and wailed hi-hat hustled gently wriggling “garage” swayer is in piano chorded vocally nagged 117-116-115-114⅔-113½-115½-117¼-115-0bpm Breakout Dub, fully vocal 116-115⅔-117¼bpm Radio Mix, and bass bubbled stuttery (though thankfully more steady!) 117-117¼-0bpm Instrumental versions, which deceptively don’t sound as if they wander.

TONY TERRY ‘Young Love (You Show Me Yours And I’ll Show You Mine Mix)’ (Epic TONY T4)
Although called an Acid Remix in the US but perhaps because it’s not truly acieed, this nervily exciting house style jiggly jumpy 117bpm driver here gets a new subtitle but is the same Steve Peck remix, flipped by just the jaggedly juddering 115-0bpm DJ Shock-scratched samples studded Charlie Dee’s “Not Just Sex” Mix and an Acappella. Always deserving attention when on import, it hopefully will get it now.

VOICES OF EAST HARLEM ‘Wanted Dead Or Alive’ (Low Fat Vinyl VOICES 1, via Serious/Rough Trade)
Staple Singers style murkily tugging and spurting specialist rare groove reissue from the early Seventies in what I take to be an extended 93⅓-97-98⅓-99-99⅔bpm remix (with beat losing edits) on the A-side, and the original version as flip, both sides therefore being very inaccurately labelled.

YAZZ ‘Stand Up For Your Love Rights’ (Big Life YAZZ PROMO 2), dramatic wailing vocal and police siren started Beatmasters-produced (0-)123⅓-0bpm galloper, co-penned by Yazz herself and disappointingly similar to ‘The Only Way Is Up’ without punching through on the floor with anything like so strong a song (sirens spiked twittery instrumental (0-)123¾bpm Y’azzid Mix! flip), only on pre-release so far;

THE BEATMASTERS ‘Burn It Up (Yellow Sunset Mix)’ (Rhythm King LEFT R27T), “it’s not simply a question of gettin’ hot, but a matter of how much heat you can take” studded bubbly machine washed 0-118⅔-0bpm remix by Baby Ford’s Peter Adshead and Richard Salt, as is the flip’s more acidically twittering 0-118⅓-0bpm Orange Sunshine Mix;

OVERLORD X ‘2 Bad (Remix)’ (Mango Street 12IS 387), proper 0-115¾bpm commercial pressings are billed as a remix with added brassy JB-type instrumentation (and the exact same catalogue number as the promo had);

COLM III ‘Christmas Tree (Remix)’ (Ruby Red Records LTD 555 A2), alternative 120¾bpm mix with the “I like you, you like me, put me on your Christmas tree” girls brought up to the start, and an all new samples started bassily bashing acidic striding 123bpm ‘Go An Get ‘Em (Christmas Tree)’ flip;