DAVID RUFFIN: My Whole World Ended (The Moment You Left Me); I’ve Got To Find Myself A Brand New Baby (Tamla Motown TMG 689).
Not exactly going out on a limb to say that this will be a hit, as not only is it a smash in America, but also these days the climate seems right for ANYTHING from Motown, new or old. The ex-Temptation sounds exactly that as he does a “My Girl” type of song, and, although I hate to say it, this really is the formula as before. It’s a pretty good formula, though, and if the British public can stand all those older Tamlas, it can stand this also, as it steps back a few years in style. Equally nice flip has rather more expressive singing from Dave. Now the great British public will go and prove me wrong! CHART CERTAINTY

TOMMY ROE: Dizzy; The You I Need (Stateside SS 2143).
Erstwhile top popster from the early ’60s, Tommy’s just had a U.S. chart topper with this bit of superior Bubble Gum Music (unfair to call it that, really, but it is very Pop and has definite elements of that style). Nice rumbling piano and heavy violin bits, beat emphasized by organ, and a simple set of teen lyrics with catchy repetitive “Dizzy” chanting. Tommy always was a classy performer of dignified bearing, and it’s good to see him doing well again. Bright ‘n’ bouncy flip. The very busy Steve Barri produced. CHART PROBABILITY

MAMA CASS: Move In A Little Closer, Baby; I Can Dream Can’t I (Stateside/Dunhill SS 8014).
Cue for countless boring articles headlined “Mama Cass Anita Harris-s Harmony Grass”. So – it’s a good enough song, as most Radio 1 listeners can testify, and though she’s kinda big there’s room for Cass too. Try the quiet and melodic flip, which is a good smoochie. Another Steve Barri production. CHART POSSIBILITY.  END_OF_DOCUMENT_TOKEN_TO_BE_REPLACED

Editor’s note: a few of James’s earlier single reviews for Record Mirror have surfaced, spanning from 1969 to 1974. These will also be posted on this blog. 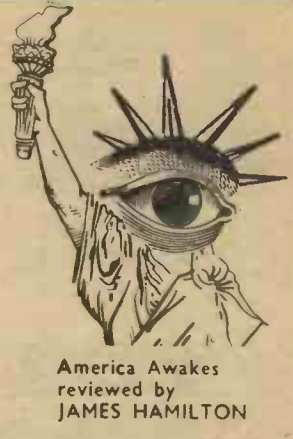 DIONNE WARWICK: This Girl’s In Love With You; Lonely In My Heart/Dream Sweet Dreamer (Pye International 7N 25484).
Right and proper that Dionne should sing Herb Alpert’s big vocal hit, as it is of course a Bacharach and David song (of exceptional beauty, which everyone must know already). This is much the same as Herb’s version — if not better — except that in place of his trumpet it has what sounds like, but surely can’t be, comb and paper! The song is so good that it should be a smash again with no difficulty, and is already just that in America. Some confusion over what the flip is, but if it’s “Lonely In My Heart” it’s nice. CHART CERTAINTY.

TYRONE DAVIS: Can I Change My Mind; A Woman Needs To Be Loved (Atlantic 584253).
Release at last for this monster American R&B/ Pop smash. Tyrone Davis debuts most impressively, and, if he can maintain this quality, should soon become a Giant of Soul (Doctor Soul’s prediction). With a fantastically powerful but beautifully controlled, roaring, Little Milton-ish voice, he power-drives through the gentle B-side slowie with such force that it gave me goose-bumps on first hearing! However, it’s the ambiguous-beat, slowish and catchy “Can I Change My Mind” that should be a hit, especially just after “For Once In My Life’s” success. Tony Blackburn, please play it! CHART POSSIBILITY.

STEVIE WONDER: I Don’t Know Why; My Cherie Amour (Tamla Motown TMG 690).
Lovely freaky noises lead into mature-voiced Stevie, who pours his heart out more and more as the strings and brass build and build. The mid-tempo slowie is nowhere near as melodious as “For Once In My Life”, and will probably have less wide-spread appeal as a consequence, but it must sell well just on the strength of Stevie’s impassioned delivery . . . he leaves you feeling quite limp! For melody lovers, the pretty flip is the side, and it could be equally popular. CHART CERTAINTY.  END_OF_DOCUMENT_TOKEN_TO_BE_REPLACED

LEE DORSEY: I’m Gonna Sit Right Down And Write Myself A Letter; Little Ba-by (Bell BLL 1051).
The oldie given the New Orleans treatment – and it could go well with the mums and dads. Insinuous flip, but ’tain’t no big thing.
* * *

LITTLE MILTON: Grits Ain’t Groceries; I Can’t Quit You (Chess CRS).
Up-dated funky, brassy version of Titus Turner’s “All Around The World” (which was Little Willie John’s first hit) that is doing well in America. Edward L. Bakewell III and all Blues freaks should dig the generously long (6.35) flip, which has plenty of Milton’s guitar and impassioned vocal. Check it out.
* * * * * *

TONY JOE WHITE: Polk Salad Annie; Aspen Colorado (Monument MON 1031).
“Soul Francisco” was a gas . . . now this! Rosko’s hip to Tony Joe and if you’ve missed him playing this, go hear it now! Another “down in Louisiana”-type lyric admittedly, but with funky beat, brass, guitar, and that distinctive voice over all. Slow and more stereotyped “Aspen” tells an autobiographical tale.
* * * * * * END_OF_DOCUMENT_TOKEN_TO_BE_REPLACED