LAST WEEK I tried to draw attention to the Rolling Stones sleeve‘s offensively racist caricature of black people by deliberately using certain inflammatory words in their shameful historical context (prompted by the sleeve’s period art style), for which I apologise if they, in turn, gave unintentional offence — as a champion of black culture, I used them to express my own sense of disgust, which should have been made more clear … Rayners Lane Record & Disco Centre’s press embargo being broken elsewhere, I can reveal that owner Andy Phippen’s “hot product” (due now on Island in April) is a dynamic remake at the ‘Set It Off’ tempo of Lonnie Liston Smith’s ‘Expansions’, performed by South Harrow Bogarts DJ/one man band Chris Paul – possibly another Paul Hardcastle? … Streetwave, having missed the remake, are instead following most recently Bluebird, and originally RCA, re-re-re-reissuing the Lonnie Liston Smith original in their DJ Limited Edition series … Alexander O’Neal’s UK follow-up will be reissued ‘A Broken Heart Can Mend’, with ‘What’s Missing’ (presumably the US remix) at last as an A-side not until after that … Colonel Abrams’ ‘Speculation (Remix)‘ will be flipped by his soulful ‘Table For Two‘, which surely could have been a change of pace hit in its own right … EMI’s originally stated intention was for the Tavares reissue to be a one-off no matter how successful, hence its having all three of the hottest Ben Liebrand remixes, but now two more will make a follow-up, ‘It Only Takes A Minute’/’More Than A Woman’ … LL Cool J’s B-side so-called Original Version of ‘Rock The Bells’ confusingly really was the original, subsequently re-recorded faster with scratching for the issued LP version, that now being remixed with yet more scratching (most noticeably a ‘Good Times’ cut) as his current A-side — all clear?… Viola Wills has a Diva Remix due, but a Three Degrees remix will not now be out, after all! … Five Star actually have something fresh, not from their album, due next week, the 106⅔bpm ‘Can’t Wait Another Minute‘ which was produced in Los Angeles by Richard James Burgess … William Bell will finally be out here on Absolute, through Pinnacle … Samantha Fox’s sexily groaning 105bpm 12 inch is far better than the seven inch and an alternative “blue” version is promised soon, too! … Pete Waterman is having to do yet another remix of Princess ‘After The Love Has Gone’ for its US B-side — incidentally, a Stock-Aitken-Waterman touring roadshow of the acts they produce seems likely in the summer … StreetSounds/Streetwave hope to hold a massive UK Fresh 86 hip hop jam at Wembley Arena on July 19 … Radio London’s Soul Awards night this Thursday (27) at Hammersmith Palais is likely to be sold out, so beware of ticket touts … Scotland’s cable TV subscribers via the same service also get Radio Six, on which the Craig Davis presented ‘Eurobeat Show’ is repeated three times during Saturdays … Janet Jackson topped US Black 45s in Billboard, more from airplay than sales even though she also topped 12 inch Sales (and Colonel Abrams Club Play) … Seventh Avenue PA for Adrian Parkin’s weekly gay nights at Huddersfield 42nd Street Good Friday and Whalley Munroes (in The Sandpiper) Easter Sunday … Soho’s Le Beat Route remembers Marvin Gaye on video next Wednesday (2) … Graham Gold should maybe move to South Norwood as he funks Crackers Fridays and Limelight Saturdays there (and isn’t in Peckham now at all) … Val Young’s Valentine’s Day husband is actually Dennis ‘Shorty’ Andrews, of Process And The Doo Rags (whoops, Motown gave me the wrong nickname!) … Easter Bunnies can and will be funky — GET LOOSE! 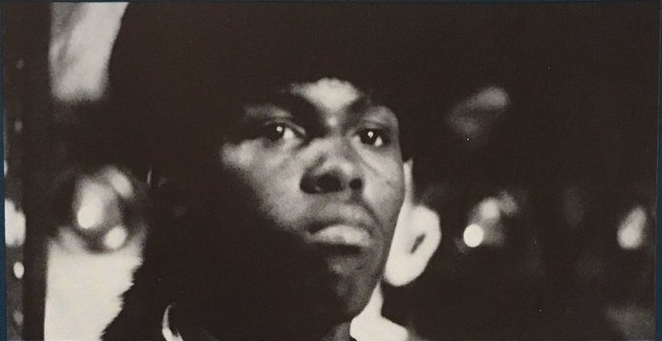 DJ CHEESE (above), as briefly mentioned last week, won the Technics International DJ Mixing Championships at the Disco Mix Club’s 3rd International DJ Convention two Sundays ago. The event in general was the biggest yet, so big in fact that next year’s seems likely to spread across two days of forum discussions in a proper convention centre, complete with an equipment exhibition, all for much the same money. Jonathan King proved the most stimulating speaker of a long, hot, tiring day at The Hippodrome this year (something like 2,800 people turned up), but by far the greatest attraction was the mixing. When you realise the judges included star remixers John Morales, Ben Liebrand, Pete Waterman, Les Adams, Alan Coulthard, Sanny X, plus Paul Hardcastle, Greg James (American mixing jock/sound installer now running Hammersmith’s Spin Offs disco store), Sheila Ferguson of the Three Degrees, and myself, you’ll see that the result should have been beyond dispute.

Certainly the crowd went wild whenever anything hip hop was played, as the third placed Orlando Voorn from Holland did himself discover in his own hard set (his hot mix combined One Way “let’s talk about”/lan Dury “sex and drugs and rock and roll”), yet in his acceptance speech he complained “Is this a scratching competition or a mixing competition?” — sentiments repeated by others. The third place was in fact a tight decision as other worthy contenders included Denmark’s fast moving Mick Hansen, Sweden’s hip hopping Roger Tuuri, and Belgium’s dynamic Kris Kastaar, so Orlando should count himself lucky.

Second, almost inevitably, was Manchester’s Chad Jackson, largely repeating his UK Championship-winning set with the added gimmick of scratching blindfolded, as well as behind his back, with his nose, elbow and foot.

He was however beaten at his own game by New York’s Cheese, who also scratched behind his back (much faster than Chad), with a boot, and handcuffed! More importantly, though, what he did with the few records he used was brilliant, creating his own beats to the judges’ jaw-dropping astonishment, and repeatedly backspinning to the exact same “get fresh crew” point in one record without using headphones. No, he didn’t synchronise long running beat on beat, bar on bar mixes, but that’s been done already and now it’s 1986 and mixers have other skills to master. Anyway, Cheese (who flew straight back to Canada for two gigs before returning) and Chad are currently touring the UK in a friendly “battle of the scratchers” which should be worth catching — more than could be said of the Convention’s other supposedly star turn, by Jermaine Jackson, whose lacklustre lip-synched performance was only enlivened when young Warren Mills jumped on stage to whip up more reaction.

CA$HFLOW ‘Mine All Mine’ (LP ‘Cashflow’ US Atlanta Artists 826 028-1 M-1)
Londoners, say “YO!” Fatback’s ‘I Found Lovin’’ has been remade note for note at 105⅙bpm, but with new words! It’ll be the Larry (Cameo) Blackmon-produced guys’ UK A-side, flipped by their now eclipsed ‘Party Freak‘ import hit, while the LP’s brightly snapping 115bpm ‘Can’t Let Love Pass Us By‘ gets a wriggle on too.

MODERN-NIQUE featuring Larry Woo ‘Love’s Gonna Get You’ (US Next Plateau NP50040)
Combining the styles of all our currently favourite soul singers – O’Neal, Vandross, Abrams, etc — this soaring spirited 117½bpm skipper should be huge (four mixes).

PRINCESS ‘I’ll Keep On Loving You’ (Supreme SUPET 105)
Stock-Aitken-Waterman strike paydirt again with a melodically spurting 118⅔bpm nagger whose hook may not hit you at first but will after two more plays (inst flip).

FINGERS INC. ‘Mystery Of Love’ (US D.J. International Records DJ 892)
A new ‘Set It Off’ for mixers, the 116½-116-115½bpm Instrumental burbles and pshta-pshtas through swimmy synth (Pete Tong synchs it with Sister Sledge ‘Lost In Music’), the boxier Original, Club and Dub Mixes all being 119¼bpm.

AURRA ‘You And Me Tonight’ (10 Records TEN 71-12)
Out fully on April 7, this lightly jiggling 108⅕bpm buoyant shuffler has some telling lines of chat (more direct 109⅔bpm edit, and chunkier 104bpm ‘Keep On Dancing‘ flip).

THE CONTROLLERS ‘Stay’ (US MCA Records MCA-23611)
Using Loose Ends’ ‘String’ rhythm, this lovely 97½bpm soul swayer (in five mixes!) is very good except many potential buyers are waiting for the imminent album instead.

CROWN HEIGHTS AFFAIR ‘Make Me The One’ (US Releaseme RMR 12123)
Maybe needing radio help to hit the floor, this lovely gently chugging 0- 102bpm soulful jogger has great vocals and some catchy pauses in the beat (inst flip).

ANTHONY AND THE CAMP ‘What I Like’ (US Warner Bros/Jellybean 0-20449)
Anthony Malloy is Serious Intention’s voice, and sounds it on a Jellybean-produced 117⅔bpm shuffling lurcher that’s more of a song than ‘Serious’ (in four versions).

PATTI AUSTIN ‘The Heat Of Heat’ (Qwest W8798TX)
M&M’s Club Heat remix of her Jam & Lewis-prod/penned ‘Saturday Love’-ish (though less catchy) (0-)-112⅔bpm tripping swayer is flipped by a more sultry instrumental Latin Heat version, and her older 116bpm ‘Hot! In The Flames Of Love‘, all classy if subdued.

MAZARATI ‘100 MPH’ LP ‘Mazarati’ US Paisley Park 1-25368)
After a boring half-tempo preamble, Prince’s new boys crank into a bouncily strutting 106⅓-0bpm rambling groove written by and obviously featuring the purple one himself, like a less forceful ‘Love Bizarre’. I’ve just spent £10 only to see this is due here (K9253681)!