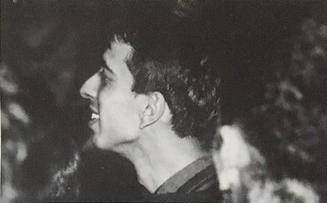 SERIOUS RECORDS’ head Mahesh Bajaj is on the lookout for homegrown black female singers to record (on 01-487 3008). The label has picked up not only First Choice ‘Let No Man Put Asunder’ but also Pleasure Pump ‘Fantasize Me’, and an upcoming ‘Best Of House Volume 1‘ LP will include such recent hits as Master C&J ‘Face It’, the House Master Boyz and The Rude Boy Of House ‘House Nation’, T-Coy ‘Carino’.

JACKSON SISTERS ‘I Believe In Miracles’ (Urban URBX 4)
Other than that somebody chose to bootleg it along with Maceo & The Macks, quite why this ‘Shaft’-influenced vocally Latin-flavoured spirited brassy jiggler from 1973 should now be considered a ‘rare groove’ is a mystery as it’s no better than many other forgotten tracks of similar vintage — which suddenly conjures up the vision of sharp London operators scouring American record stores and warehouses for all the oldies that their Northern Soul predecessors ignored! Horrors! Anyway, it’s certainly good, and probably fresher sounding now than it was then, Simon Harris having brilliantly re-edited a brand new 107⅓-107⅔-107-108-107⅓-107-108bpm Extended Mix which emphasises the previously rushed rhythm elements to bring out their soulful qualities (and a hidden James Brown flavour), for fascination comparison with the included 108-108⅔-109-108⅔bpm original 7” Version (the equally dated pleasant 72bpm ‘Why Can’t We Be More Than Just Friends‘ and Jackson 5/Honey Cone-type 99-97½-98bpm ‘Boy, You’re Dynamite‘ complete this package).

FIRST CHOICE ‘Let No Man Put Asunder (Special Dutch Mix)’ (Dutch Rams Horn RHR 3609)
Due here coupled with the Salsoul original on June 22 and already white-labelled by Serious Records, this Philadelphia-recorded disco oldie was a big influence on Chicago’s house music (compare the bass line with ‘Jack Your Body’!) although even in this disjointedly rambling 0-122-117½-118½-118- 121½-122½-122-119-121-0bpm new remix by Rutger ‘Rutti’ Kroese it’s still not exactly ‘house’ as we here know it. Gay jocks flirted with the new mix some months back, but the soul boys only just seem to have caught up with it! In the photo above, lead singer Roshelle Fleming (centre) will be visiting the UK this coming week.

THE BEGINNING OF THE END ‘Funky Nassau’ (Atlantic K10021T)
Promoed by WEA’s Fred Dove several years ago although only now out in logical competition with Black Britain’s remake, this 119-120⅔-121½-122-123bpm extended version of the classic brassy Bahamian soul kicker from 1971 has Wes Montgomery-ish guitar in the last half, and the original seven incher’s Parts 1 and 2 as flip. Always a party pleaser!

BOBBY CALDWELL ‘What You Won’t Do For Love’ (Magnetic Dance MAGDT 5)
From 1979, hoping for ‘rare groove’ status although lovely for all to appreciate again, the blue-eyed soulster’s gorgeous subtle lazily swaying 85- 83½bpm smoocher with delicate brass and jazzy bluesiness is flipped by the equally popular and even more memorable ‘Down For The Third Time’, a George Benson-ish guitar prodded undulating 90½- 89⅔bpm jogger of stunning beauty. Essential vinyl if you’re too young to have them already, pure class.

ERIC B. AND RAKIM ‘I Know You Got Soul’ (Cooltempo COOLX 146)
Huge on import on rare groove and rap crazy London, this casually though insistently chatted jiggly 103⅚bpm rap ‘n’ scratch combines both by cutting in Bobby Byrd’s 1971 soul hit of the same name (in three mixes).

2 PUERTO RICANS A BLACKMAN AND A DOMINICAN ‘Do It Properly (Fierce Club Mix)’ (Cooltempo COOLX 147)
The group who actually are 2 Puerto Ricans, etc (see Odds ‘n’ Bods for more details), based around musicians Robert CliviIis and David Cole, evidently circulated a cassette of the basic track of this house bounder to various New York DJs to create interest, and then — overdubbed with more exciting keyboards and ‘Jack Your Body’ samples — the track and their name ended up being bootlegged, and is an import smash! The bootleg to my mind remains much better as it’s actually very different in concept and more jack track-ish with all its terrific overdubs, and is the version now out on London co-credited as being by Adonis (whose bassline is featured), while this the group’s official version is vocal now and a frantic 124½-0bpm house record (in three mixes) that is perfectly good of its type but pales in comparison.

MANTRONIX ‘Scream (Primal Scream)’ (10 Records TENT 169)
Now spikily remixed by Mantronik with tricky edits by Chep Nunez, this tightly jittering 101⅓bpm go go-tempo sparse rap always was the hottest cut on their last LP (dub flip), and while not the most innovative thing they’ve done will obviously be big with their fans.

PRINCE ‘If I Was Your Girlfriend’ (Paisley Park W8334T)
His typically strange sinuous spine-tingling (0-)96⅔bpm quietly pent-up rolling gentle jogger has terrific words and a slightly risqué muttering finale, all about human relationships and how they can be seen to advantage in a different light if you give them some thought, with the weirdly accented 109⅔-0bpm ‘Shockadelica‘ as more normally purple flip.

BOBBY WOMACK ‘How Could You Break My Heart’ (Arista RIST 17)
Latest in the Arista Masters reissue series and hot already on radio again is this telephone-started lovely 0-85bpm swayer from 1979, strangulatedly throaty and soulful In typical style, flipped by the similar vintage swaying 0-95¼bpm ‘Give It Up‘ and philosophical slow 36bpm ‘The Roots In Me’.

HEAVY D. AND THE BOYZ ‘Chunky But Funky’ (MS MCA Records MCA-23733)
Go Go-tempoed routine but bright (0-)97⅔bpm rap, flipped (although uncredited on the sleeve) by the possibly now more current sounding James Brown-ish 102⅔bpm ‘On The Dance Floor‘ (both in three versions).

2 thoughts on “June 13, 1987: Jackson Sisters, First Choice, The Beginning Of The End, Bobby Caldwell, Eric B. and Rakim”