James Brown, ready for the payback after being bootlegged so much, has given permission for Matt Black + Jonathan More of the Coldcut Crew to remix a variety of his oldies for Polydor!… Coldcut has also just done a simpler and less busy remix of ‘Doctor In The House’, with a vocal version featuring Yaz as flip… Adrian Sykes has given up independent club promotion to head MCA Records’ new black music operation, signing up Eric B & Rakim in the process… Cooltempo for some reason (like radio suitability?) have placed more A-side emphasis on Sweet Tee’s US B-side, ‘It’s Like That Y’All’, which so far has only had token dancefloor support here in comparison with the monstrous ‘I Got Da Feelin’’ AA-side… Public Enemy’s US-only Noise Version of ‘Bring The Noise’ has added squeaky screech noises which are completely missing from the UK-issued No Noise Version… Charlie Singleton’s review last week got split into two parts, ‘Nothing Ventured Nothing Gained’ indeed being the 117½bpm sharply jittering funk snapper by a sometime member of Cameo… Pete Tong clarifies that he isn’t allowed to play London-released records on his Capital Radio show without getting prior clearance, and only plays material destined for the label (if indeed he does eventually get the rights) while it’s still on import… Greg Edwards really let off steam about the UK radio business when he guested with John Leech last Wednesday on Essex Radio, attacking Britain’s daytime programming policies – and declaring himself to be once again open to job offers!.. I hear independently from my German contacts that Chris Hill has become really big news on Radio Hamburg, with one of the top rated shows on this, the second largest private radio station in the country (strange that he never got a gig on air over here)… Brian Carter’s previously mentioned massive 120 track, 12 LP boxed set ‘The History Of The House Sound Of Chicago’ is now finally out at about £42 (German BCM Records BC 70-2060-49, distributed here by Greyhound), possibly most fascinating for the included early examples and influences but also containing an exhaustive selection of big hits – and “rare misses”… ‘Rok Da House’ is claimed to be possibly Britain’s first house track, originally recorded at the Beatmasters’ Soho studio in August 1986, the Cookie Crew being invited to guest on it when it was only available on highly prized (and priced!) acetate before eventually DJ Mark Moore brought it to Rhythm King’s attention…. LA Mix’s next direction could be towards Santana… January’s Disco Mix Club mixes include ‘L Of A Mix’, an edited version of Les Adams’ and my opening sequence from the Capital Radio New Year’s Eve show (of which tapes are most definitely NOT available, sorry!)… Prelude’s man about London, Paul Oakenfold, went to China for Christmas on the spur of the moment… I’m not sure, but wasn’t that Leicestershire DJ Tony Allen competing (unsuccessfully, but with lots of lip!) on the Christmas edition of TV’s ‘Blankety Blank’?… Imagination member Ashley Ingram wrote Miki Howard’s US soul smash, ‘Baby Be Mine’… Derek B’s ‘Get Down’ is due to be answered in anti-sexist style by Sarah Jane… Heavy D & The Boyz hit London’s Astoria Saturday (Jan 16) and Stockton’s The Mall Wednesday (20)… Lien Kerry hosts The Friday Club with reggae, funk and house at Leeds’ Warehouse… Newbury’s new Themes nightspot has Street-Tough Sundays with Sheikh Jnr spinning soul/house/rap/jazz/funk… Disco Gary and Paul French run an Under-18s disco every Tuesday at Gillingham’s The Avenue, no chewing gum allowed!… Steve Aspey has started a Wednesday jazz night at Oxford’s Knights, in Cowley’s Temple Club, free before 11pm… Chris Britton has added funky Fridays at Haringey’s new Arena to his busy workload, but is still after one more (Tues/Wednesday) London area residency on 0442-41700… Barkingside’s Crew disco beside the lake at Fairlop Waters features Robbie Collins Wed/Fri and Terry James Thurs/Sat who’re looking forward to windsurfing, waterskiing and sailing on what may be by now frozen solid. They joke their favourite rare groove is ‘Summer Nights’, the John Travolta & Olivia Newton John one!… Mark Judges (Guildford) points out that Rick Astley ‘My Arms Keep Missing You’ syncopates perfectly over the end of Human League ‘Don’t You Want Me’… America’s pop market, to judge from the arrangements of many of the current US hits by squawking females, seems only just to have caught up with the four years old Shannon-type sound… I don’t notice import prices coming down, despite the weakened dollar… YOU KNOW WHAT I’M SAYIN’?

Steve Walsh (no, this isn’t him!) has a lookalike, Donald ‘Shuggy Bear’ Hughes, one of the resident DJs at Edinburgh’s Zenatec. Not only large and ginger-haired, Shuggy’s an excellent mixer too, one of his current showpieces being a continuously running synch between Mad Jocks featuring Jockmaster BA ‘Jock Mix 1’ and a Scottish reel called ‘Trio’ from Andrew Rankine And His Band’s ‘Scottish Dance Party’ LP (Emerald/Gem). A pity he hasn’t entered the Technics Mixing Championships himself.

The 1988 Technics UK DJ Mixing Championships got off to a wet start. Just as the first heat of the series was about to begin at Edinburgh’s Zenatec, a pipe burst in the water cooling system of a laser, directly above the decks! Once things got going, the Scottish contestants proved to be much more consistently good than last year, although for now the third year running the winner was Glasgow’s ebullient George Little, with a combination of skill and showmanship. Perhaps technically even better as scratchers although less dynamic in their hip hop programming were the runners-up, Stirling’s Adrian Rennie (who didn’t use headphones) and Kilmarnock’s Brian Hope, both of whom qualified to enter other area’s heats if they wish. Well equipped though quite small, Zenatec shares Edinburgh’s old meat market with the associated far larger Fat Sam’s US-Style pizza/pasta/burger/steak eaterie, a successful concept that could well be moving south soon. Stockton-on-Tees’ massive The Mall, recently opened in an old cinema and a rival (though not its boring light show) to such as the Hippodrome and Flicks, housed the next night’s North Eastern heats, where many familiar faces competed, and in fact last year’s Bournemouth winner came first, fast-cutting Brummie Des Mitchell, who once again had flown in from his Tenerife Bobby’s residency. Qualifying for an area semi-final was London’s DJ Haze, while allowed to enter another heat if he wishes was Slough’s messier than usual Avtar Singh. On both these opening nights, the mixers’ over-used cliches were, inevitably, “pump up the volume” and “this is a journey into sound” — the judges may soon start awarding these negative marks, be warned! However, at the North Western heats in Manchester’s Hacienda, the over-worked riff was ‘Rebel Without A Pause’ in a heavily hip hop, rather than house, environment, where the winning home boy was the hotly tipped Owen D. As at most other heats under the competition’s new rules, the runner-up Chris Harris qualified for an area semi-final too, and Jeff Daniels was invited to enter another heat if he wishes, the aim being to ensure that the very best mixers have a good chance to get through to the national finals. In the past, the contestants at some heats have been far more uniformly strong than at others, but only one winner could get through — meaning that some finalists were in fact less skilled than DJs who hadn’t won in other more hotly contested heats. This now should make the final result really crucial!

DJ Haze, from London’s Flim Flams in New Cross, qualified for the semi-finals by coming second in the Stockton-on-Tees heat of the Technics Mixing Championships – and if his “record-feeder” in the centre looks familiar, that’s because it’s current UK champ (and M|A|R|R|S member) CJ Mackintosh’s older brother, Laurence! CJ, incidentally, says he’s “too busy” with recording commitments to defend his UK title, while current World champ Chad Jackson has bowed out of the contest this year, too.

DJ Tim Garbutt from Harrogate wasn’t among the winning mixers at Stockton, but he did very creditably considering it was his first live gig ever. He’s a “bedroom mixer”, a hobbyist attracted to the art of mixing by seeing people doing it on television, and by reading about it in rm. Considering even the pros’ hands can shake when doing an exhibition mix in front of a large crowd, he had real guts. 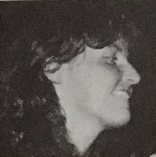 Virgin Records’ popular club plugger Clare Shave has disappointing news for all her admirers, she’s just got engaged. But who’s her fiancé? You’ll have heard of him, but you’ll have to wait a while and find out in hindsight!

THE BEATMASTERS featuring THE COOKIE CREW ‘Rok Da House (Demolition Mix)’ (Rhythm King LEFT S11T)
The girls’ reissued jack track hit is now really fresh and much fiercer in this more London-orientated flying 125-0bpm remix, with scratching by Dazzle Fresh and an updated rhythm track, plus a terrific janglingly exciting Al’ Nite Al’ Rite Instrumental flip. Everybody, get on up and dance!

THE FRAUD SQUAD ‘Overweight Beats’ (In Effect Records ELI-1)
Although this single-sided jiggly 0-104-106⅔-104bpm scratch-up by Maurice ‘The Wildcat’ Bird of Heavy D & The Boyz’ beats (plus some ‘Bring The Noise’) is made to look like an import bootleg, its obviously English inner sleeve and matrix number soon established it to be a scam masterminded by MCA’s UK product manager, Eli Hourd. Don’t be fooled!

BARRY WHITE ‘For Your Love (I’ll Do Most Anything)’ (Breakout USAT 618)
One of those chocolate voiced muttering “lurve” raps in his classic romantic 94⅔bpm old style, much easier for soul jocks to use than his ‘Sho You Right‘, flipped even more dreamily by the 0-49⅓bpm ‘Love Is In Your Eyes‘ and his jerky 0-86bpm treatment of ‘As Time Goes By’ (you must remember this!)

KECHIA JENKINS ‘I Need Somebody’ (US Profile PRO-7180)
Gwen Guthrie-ish loosely rambling 115bpm cymbal schlurping shuffling, more “garage” than “house” although including mixes by Blaze and Marshall Jefferson (four in all), with spurting bass and nice piano at times.

MR LEE ‘House This House’ (US Trax Records TX 156)
No mystery about the type of music this is, a “house”-repeating vigorously bounding 125bpm synth burbled strider in the trendy acid/washing machine style (dub flip).

MANTRONIX ‘Sing A Song (Break It Down)’ (US Capitol V-15353)
Surprisingly and disappointingly dull label debut by the erstwhile kings of hip hop, a murkily droning (0-)98⅔-0bpm go-go tempoed rap ‘n’ transformer scratch (in two repeated mixes). 10 Records have serviced the import to DJs, so any chart appearance won’t be due to sales.

JENICE & PENTHOUSE 69 ‘If You Don’t Want Me’ (US Neco Records NE-1000)
Repetitively cooed and stuttered smoothly flowing simple 122½bpm house bubbler in three mixes (some by Farm Boy), getting a bit of attention just before Christmas.

TOM GROSE AND THE VARSITY ‘More Of You’ (US Golden Boy Records/ Next Plateau GN/8001)
Ignore the A-side’s gruffly muttered and shouted lurching Level 42-ish rocky 114⅓bpm ‘She Wants Your Money’ and flip instead for this dated swaying 90⅓bpm jazz-funk jogger in which Tom keeps sliding up into a strangulated semi-falsetto, nothing new though nice.

MATT WARREN ‘Take It To The Wall’ (US AKA Dance Music AKAS-4)
Juddery 122¾bpm house instrumental, OK, but nothing revolutionary, in two mixes (although three are billed).

LACE ‘My Love Is Deep (The Job Jam)’ (Wing Records WINGX 1)
These Washington DC though now LA-based girls (the ones who did ‘Can’t Play Around’ on US Atlantic/RFC in 1982?) launch Polydor’s new label with a ponderous pop-slanted 0-112½bpm straining wriggly jolter (in three mixes), a US black hit that meant nothing here on import.