PRESTATYN 5 was generally considered a much better weekender than the previous one last November, when the bottom had just fallen out of “acieed” leaving a void that this time was filled with quite a lot of “swingbeat”, as a useful bridge between rap and soul — even so, if any one record stood out it was, to my mind, A Guy Called Gerald ‘Voodoo Ray’ … Soul II Soul made an impressive addition to Easter Sunday afternoon’s line-up, along with Adeva (who lustily rolled on her back with legs apart in the air!) and De La Soul … Ten City’s romper-suited Byron Stingily was possibly the most soulful singer ever at a Prestatyn, his partner Byron Burke doing an incredible shimmying dance … Chaka Khan is tipped as a live attraction at Prestatyn 6 (November 3/4/5, advance booking details on 01-364 1212), presuming that her remixed and reissued oldies will have brought her back to the fore by then! … North Wales, as anyone who stayed on after the weekender will confirm, looked lovely last week with blossom, flowers, budding leaves and warm sunshine as if early May — I added to my already great knowledge of the area by exploring the rather Lake District-like hills and villages (such as Rowen) of the western Conwy valley, and famously picturesque Anglesey side of the Menai Strait … Cutmaster Swift was celebrating his world win along with DJs Pogo, Jay and Biznizz by making an annual trip to Prestatyn — and then on my return I found them all buying imports off Jon Jules at Rayners Lane’s Record & Disco Centre! … 1988’s Technics World DJ Mixing champion, Cash Money has left the UK after amazingly beating up one of his tour promoter’s employees, for which he was arrested, fined, and given two years’ probation should he ever return … Denmark’s very first “end of weeker” (rather than weekender) is Thurs-Saturday April 20/21/22 at Copenhagen’s Coma Club: starring Will Downing, Todd Terry, Raze, Coldcut, T La Rock, Odyssey plus DJs Gail ‘Sky’ King, Johnny Walker, Norman Jay, Bob Jones, Gilles Peterson, Bob Masters, Jazzy M, the local Delgardo and Kenneth Baker — details from Bob Jones (0702-710293) or Jazzy M (01-384 2320) … Martin Collins’ new “pop soul” shows on Capital Radio start next Saturday (15) with a 3-5pm slot between Peter Young and Pete Tong, while he’s also presenting Sunday through Thursday 10pm- 1 am (expect other changes at the station, too) … Robbie Vincent, declaring a vehement lack of intention to see the film ‘Scandal’, let slip the stunning revelation that it was he, as a cub reporter for London’s Evening Standard, who broke the news to Christine Keeler that Stephen Ward was dead … Jeff Young returns to Swansea Martha’s Vineyard next Monday (10) … I take it that Theo Loyla’s letter last week refers to “the silent majority” of small town DJs who consistently made such big hits out of all the records he promoted during the last years of his career as a disco plugger? (Theo lives in a glasshouse near Herne Bay) … WOOO! YEAH!

DE LA SOUL arrived at Prestatyn only just in the nick of time, hours late, having battled through the holiday traffic from Manchester airport by black cab! 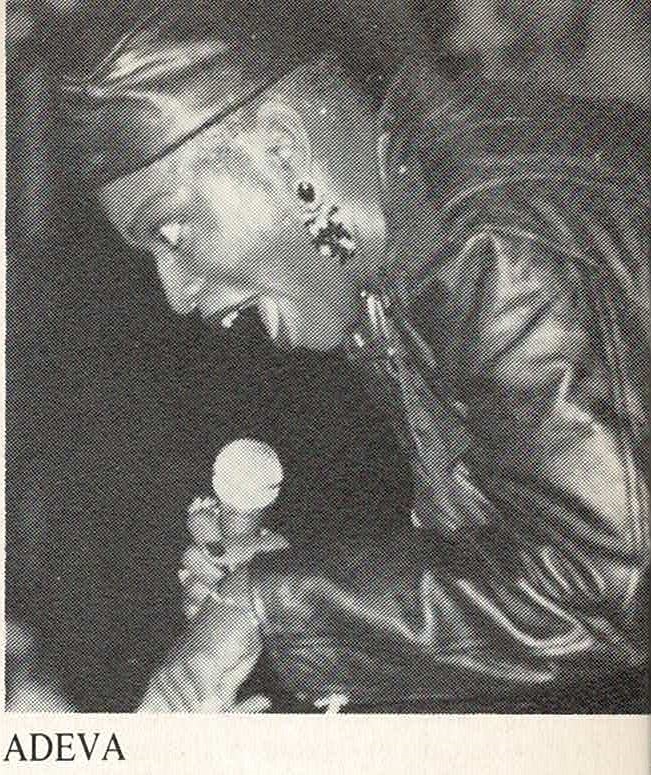 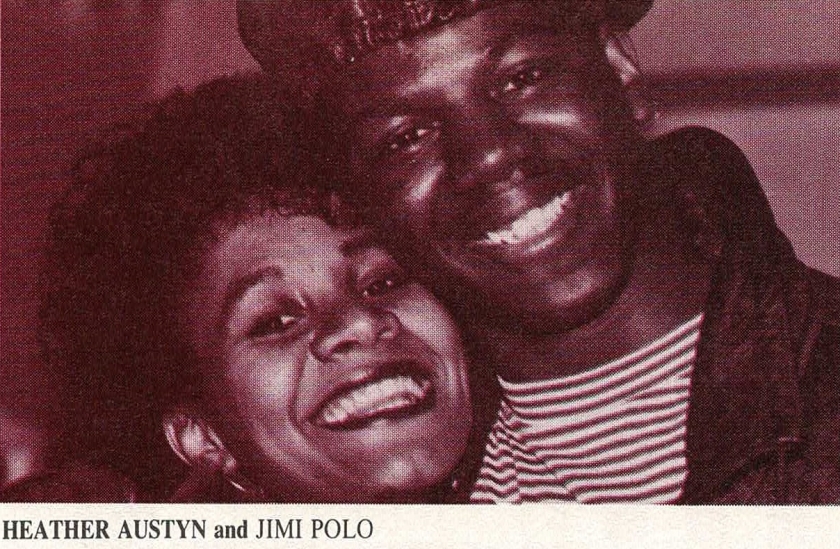 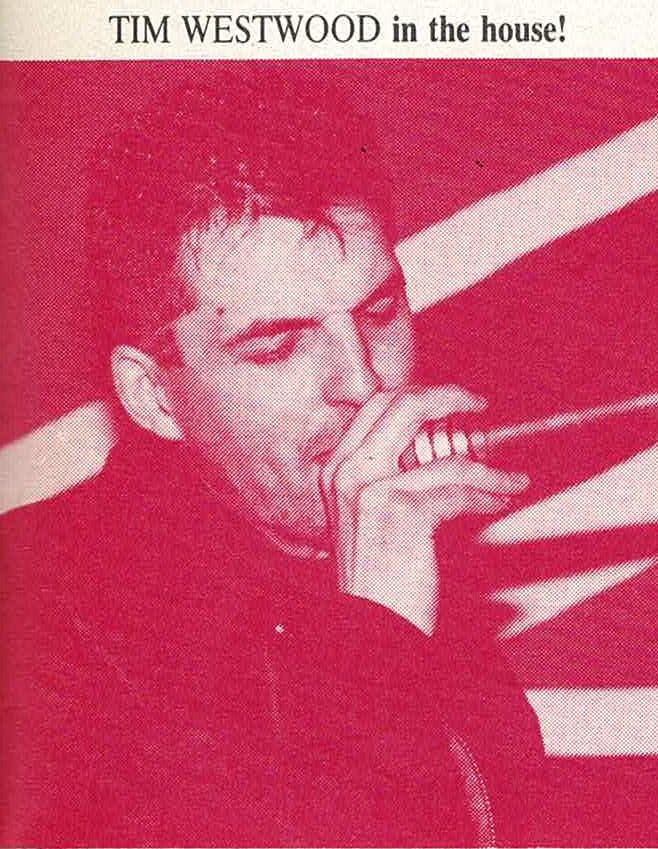 KEITH (THE KEY MAN) EDWARDS ‘Solutions’ (US Sound Park SPR-1025)
While waiting for Keyman’s above, current though at the time rapidly cooling, single to come out here, his 1987 oldie has been revived, on which Xaviera Gold actually does all the wailing of this snickety thumping jittery galloper in all but the Keith sung Street Mix, this and Ralphi Rosario’s Riviera Mix being 123⅘bpm, the Moondoctors’ House Mix (0-)123⅘bpm, and Julian Jumpin Perez & Bad Boy Bill’s Club Mix 123⅘-0bpm.

BLACK RADICAL MKII ‘Monsoon’ (2 The Bone Records TMS 004T)
Misleadingly introed (sounding too slow although meant to be at 33⅓rpm!), this Coldcut produced jiggling 109½-0bpm angry London street rap (not for airplay but with a cleaned up Radio Edit) features slithery scratching by DJ Cell and DJ Mo, plus a philosophical talking overlaid interesting (0-)109½-0bpm Interview dub, and 109½bpm Brake beats, coupled with the churningly chugging, guitar yowled 0-103⅔bpm ‘B Boys B Wise II‘ and ‘B Boys B Beat’ continuation.

YAZZ ‘Where Has All The Love Gone? (Ghetto Mix)’ (Big Life BLR 8T)
FON Force produced plonking piano, swirling strings and pshta pshta hi-hats backed fluidly loping 117⅙bpm “get rid of the ghetto” message song in pop-house style, not her catchiest but more credible than some, flipped by Yvonne Turner’s shimmering, jangling and cantering urgent (0-)123-0bpm US Extended Remix of ‘Stand Up For Your Love Rights’.

DÉJÀ ‘Made To Be Together’ (US Virgin 0-96564)
Teddy Riley & Gene Griffin produced — so inevitably quite “swingbeat” — good if dated jiggly soulful rolling and bashing 107½bpm jolter by the one time Aurra duo, in four very differently mixed versions (plus the more “purple” lurching 114½bpm ‘Sexy Dancer‘).

CLUB HOUSE ‘I’m A Man/Yé Ké Yé Ké’ (Music Man MMPT 12003, via Pinnacle)
In much the same style as their 1984 hit combination of ‘Billie Jean/Do It Again’, this throbbingly clomping 119½bpm European remake medley of the Spencer Davis Group/Chicago Transit Authority classic oldie with Mory Kanté’s recent afro leaper may actually be at too stolid a pace considering even the originals were faster, and a bit more speed never hurts these days (uncredited only vaguely similar 118½bpm instrumental flip).