The 1988 Technics UK DJ Mixing Championships have now entered the semi-final stage and, as anticipated, the result is real excitement! And despair. Just because a DJ won his regional heat is now no longer a guarantee that he’ll be appearing at the national final in London – first they’ve got to battle through yet again to win one of the two places available at each of the three semi-finals. Crestfallen doesn’t describe the disappointment of the losers, having got so close but not close enough. At Warrington’s shambolically crowded Mr Smith’s (divided up into hexagonal sort of sheep pens seemingly designed to impede any logical progression from one area to another!), following a rap competition from which Huddersfield’s MC Fresh J and Manchester’s Miss D Lite go through to the London final, the scratching was won, as widely anticipated, by Manchester’s Owen D, very much the local homeboy hero, fast cutting, transformer scratching and generally cavorting (he ended up in a “swallow dive” – see photo) to such loud crowd response that much of what he did was drowned.

Second was London’s DJ Haze, much improved from his Stockton heat, doing assured and accurate cuts. Not qualifying therefore were fire-eating Birkenhead’s Mike Clarke (DJ Trix), who still can’t hold his beats together, Glasgow’s George Little, previously a two times finalist who had headphone problems after which nothing went right, Northern Ireland’s Rob Nelson (Robbie B), who had used Technics vari-speed decks but even did a backspin using a seven inch, and Manchester’s Chris Harris, the only one to use “this is a journey into sound”. 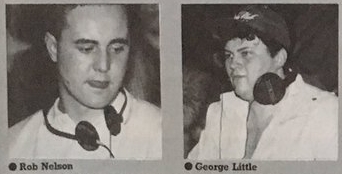 At Birmingham’s vast and atmosphere-lacking Dome (with a tubular steel standrel dome framework over the dancefloor), the amusing rap winners were Easy KD and MC Brooklyn, both from Luton. The mixing result was satisfyingly the right one, with London’s Cut Master Swift coming first. 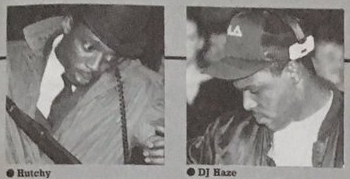 Going through to the final also after coming equal second, was Leeds’ thoroughly entertaining Hutchy, changing his persona from John Steed of the Avengers to Eddie Murphy as he progressed through a slick house tempo music, full of surprises and London’s 14-year old Scratch Professor who again showed remarkable composure while he calmly worked through a well-chosen sequence. 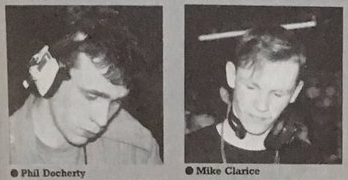 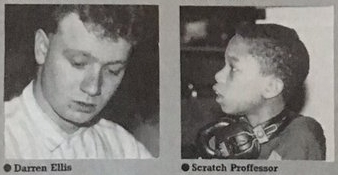 DEREK B ‘Goodgroove’ (Music Of Life NOTE 12)
Jauntily jiggling homegrown 0-97bpm rap ‘n scratch using a remake of the Jackson 5’s ‘ABC’ rhythm (in four mixes), good but played so much in advance that the initially amusing Smiley Culture-like lyric is already a bore for many.

DARRYL DUNCAN ‘J-J-J-Ja-Ja James Brown’ (Motown ZT 41740)
Digitally sampled James Brown screams, which you might think timely, wasted by being set to a less than trendy plodding beat in this trickily introed (108¼-)107½-107⅚-0bpm treatment (the US B-side) and the more direct 107⅙-0bpm ‘James Brown‘ (Single Version too).

Reviews this week are unfortunately curtailed by my need to be in Birmingham to judge disc jockeys — full service resumes next week! In the meantime, look out for newies by Audio Two Remix, Mel & Kim, Keith Sweat, Stereo MC’s And Cesare, Eric B & Rakim, Cut To Shock, Two Of A Kind, Funktion Freeks, ‘Rebel Beats 2’, Natalie Cole, Reese, Keynotes, and more.